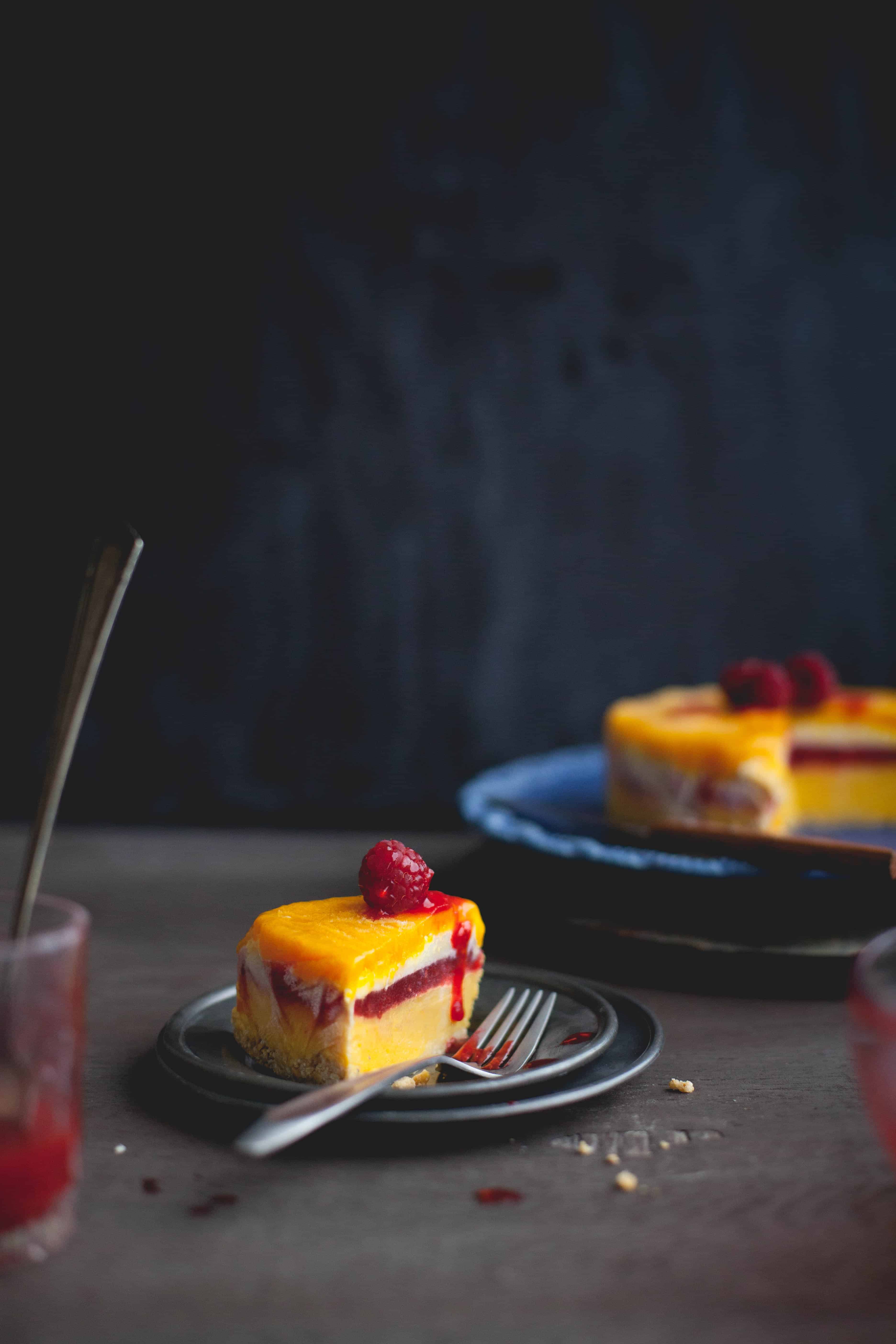 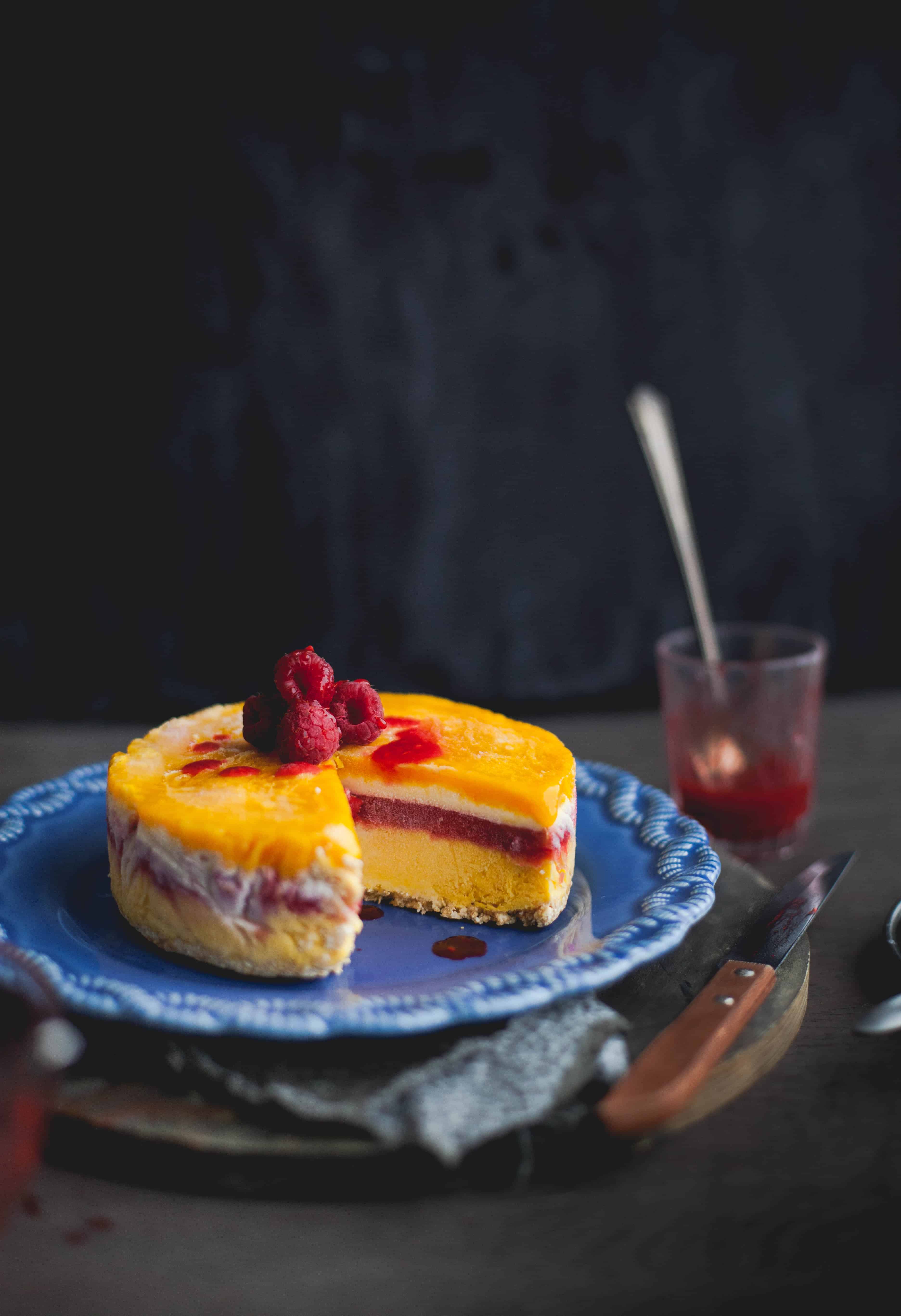 Remember I mentioned that I made two desserts back to back over the 4th of July weekend? This is the second one besides the mango pudding. It is ratherÂ an assembly than a cooked or baked dessert but it came out so well. ItÂ is a spontaneous ideaÂ that I trying to share with you.But this layered thing came out so well and mainly because it is the best thing I have made so far this summer,I wanted to share it. Share it badly so you can try itÂ this season itself before the mango & berries are gone. I don't even know what to call it, maybe an indian cassatta because that's closest to what I had in mind when I was it putting together. Maybe an ice cream cake? Or let's just call it a frozen-layered-dessert.Â 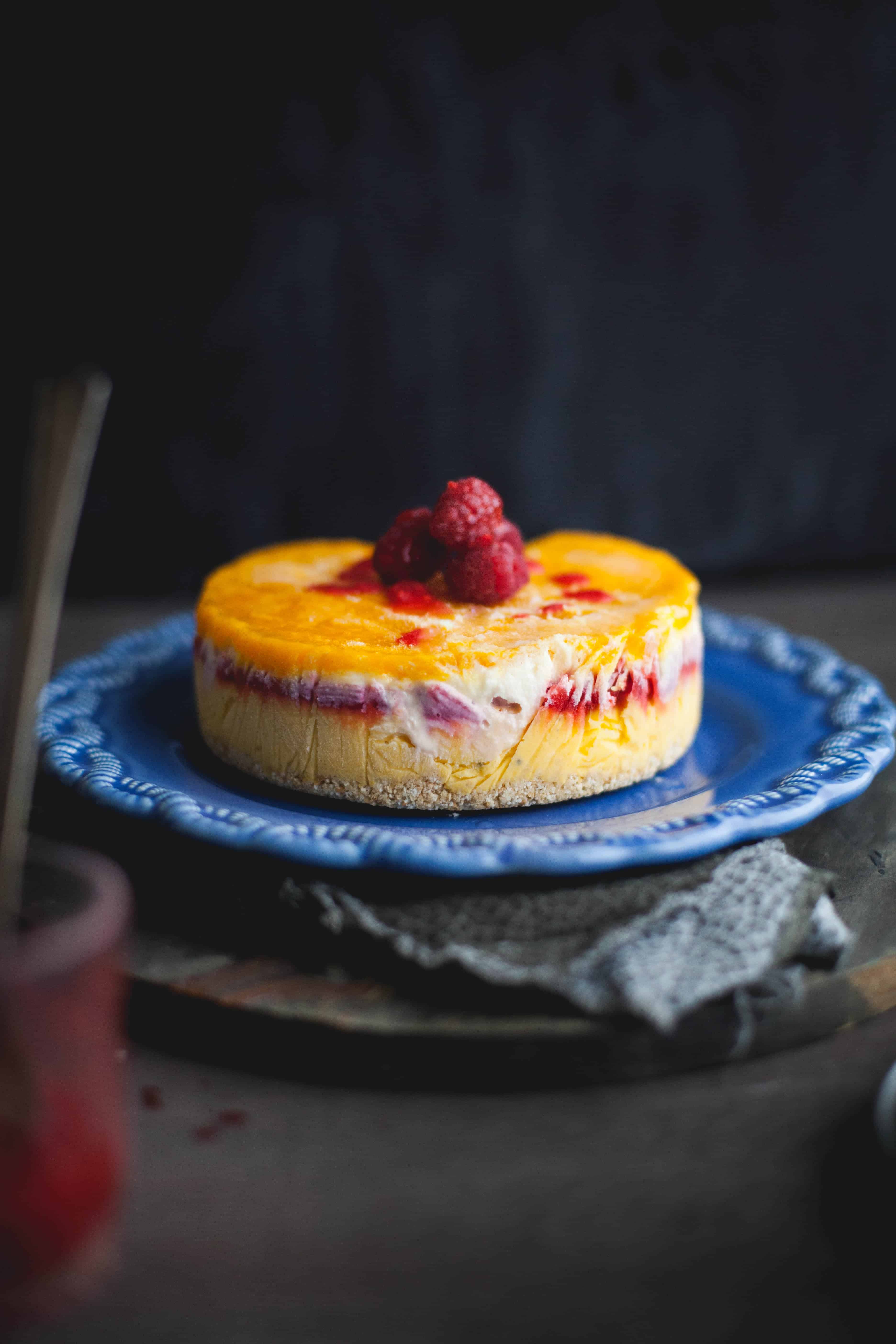 Literally, I played with food. I just had an idea to start with and few leftovers - mango puree after making the pudding, cake slices and heavy cream nearing expiration.Â A dessertÂ which brings together pound cake, ice cream, berries, mangoes and cream and nuts(if you like)could hardly not taste good. It like hitting the bull's eye standing at arm's length. This was a bomb.Literally. It is not everyday that the husband complains that I should have considered a 8 or 9 inch round instead of the little 6 inch cake pan. But then, I wanted to finish off the leftovers rather than start something new in itself. Anyhow. 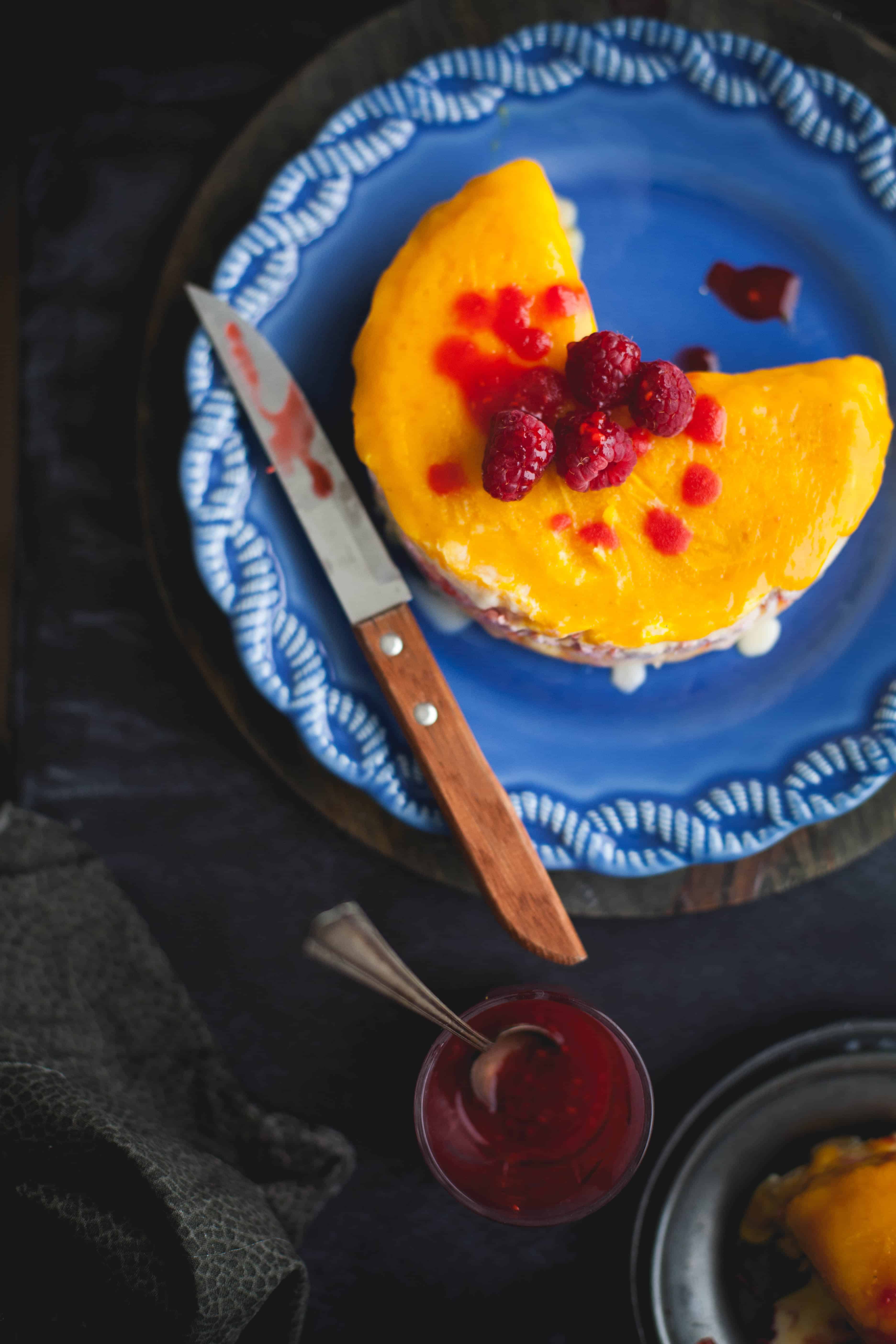 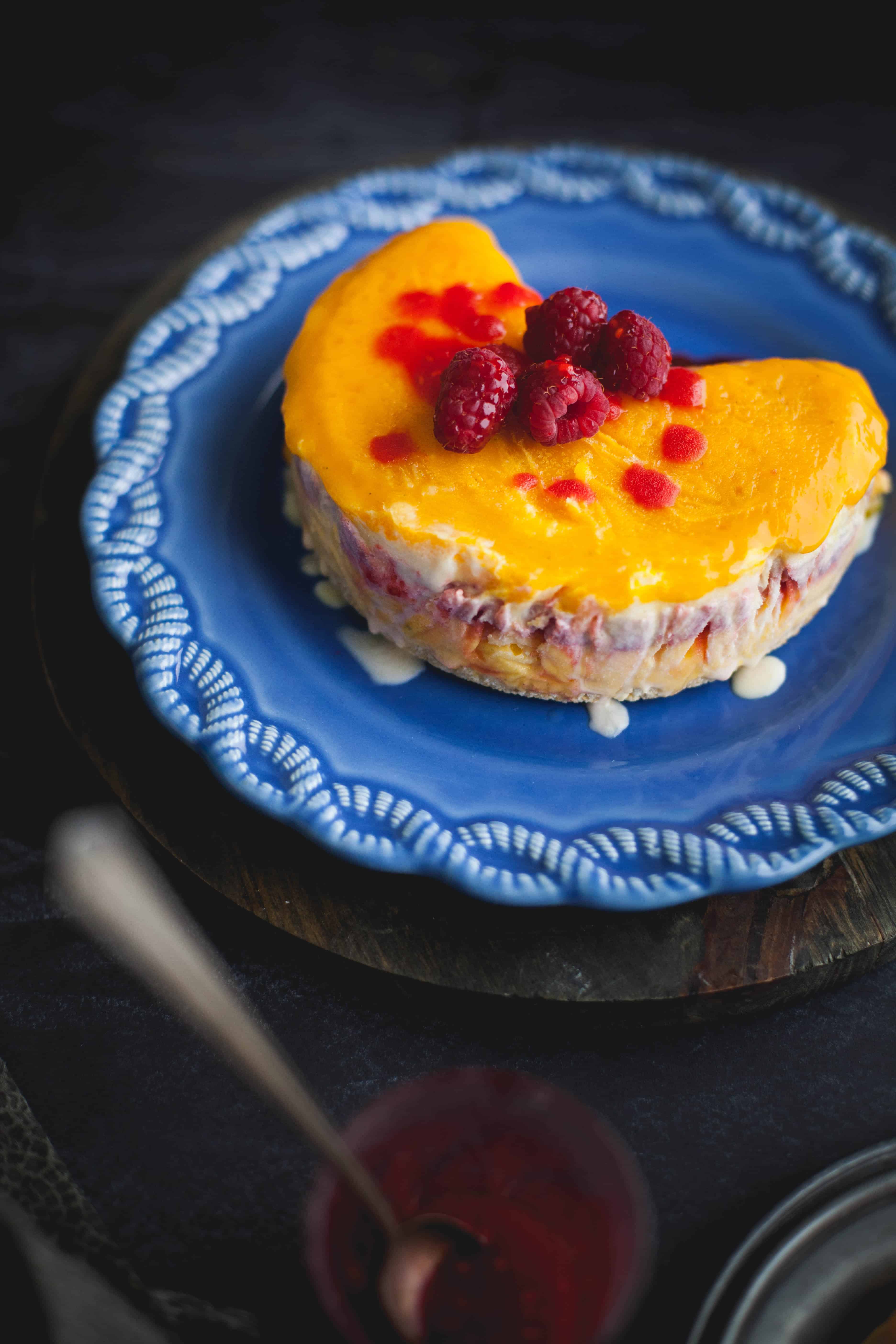 You can use the recipe just as a guideline and play around withÂ whatever flavor or textures you like. I wanted to sneak in some dried mixed fruits and nuts but held back since the other half is not very fond of textures in food (how boring, right?). Whatever, make this dessert before summer ends and if your kids are of that age, involve them in the fun too. 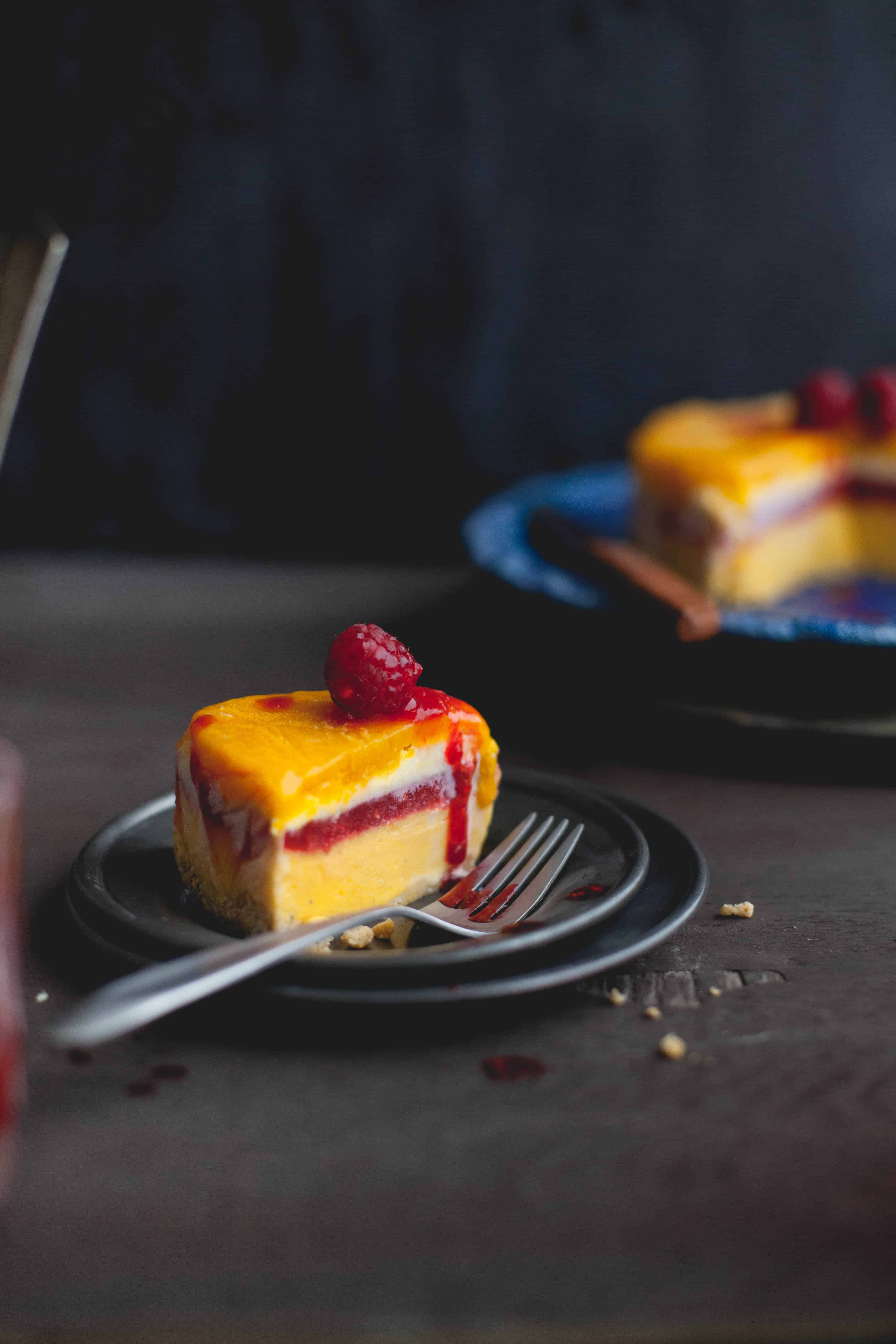 It took me half a day to put all these layers all together - freezing the previous one and topping with next one and all. But so worth it. When I saw family asking for second or third serving, I decided that the next time I make this, it would be a 9" or 10" round. 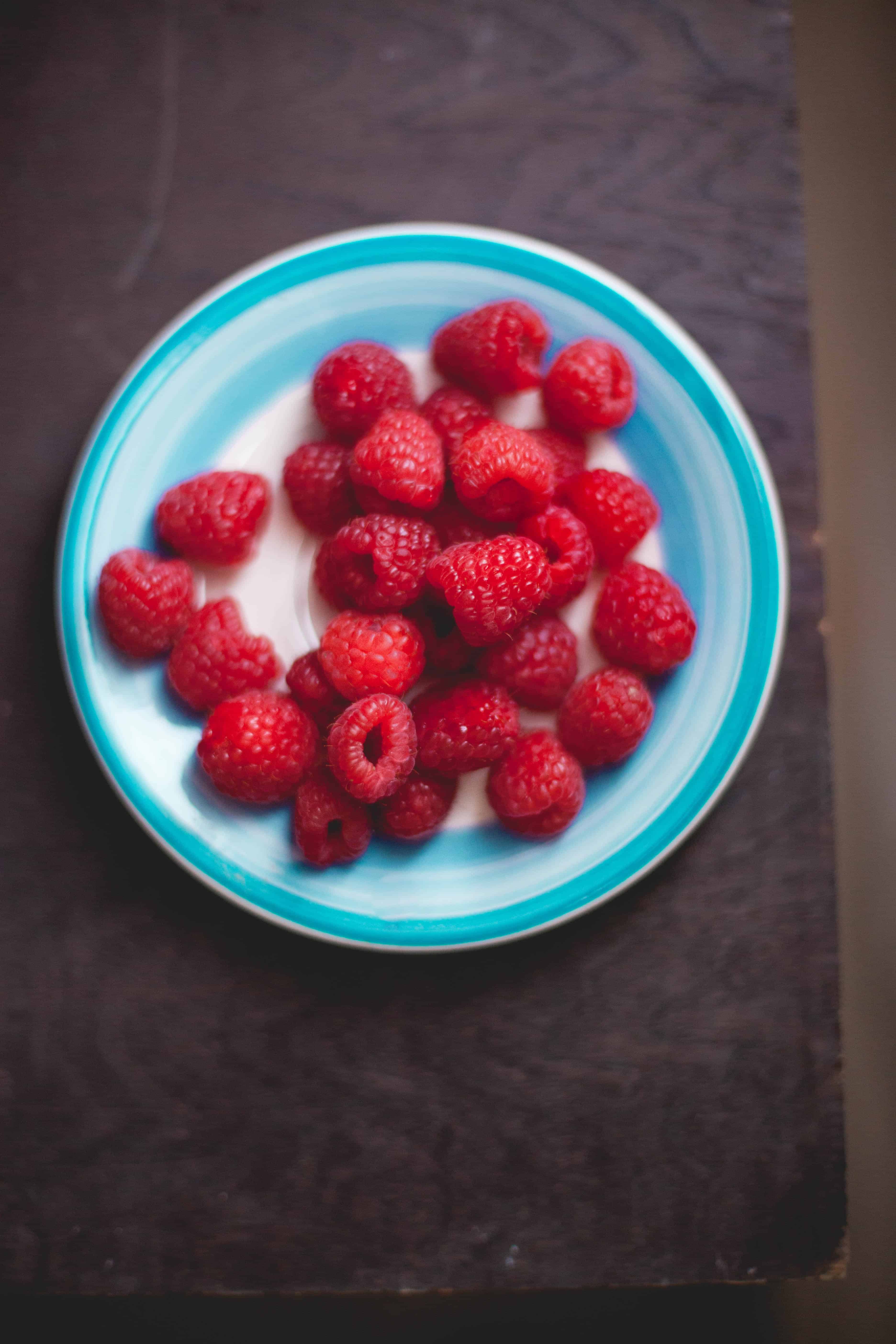 Enjoy & Thanks for stopping by!